The Number Line is an extremely useful human invention. What is not so obvious to many is that its essence expresses Pj Problems. 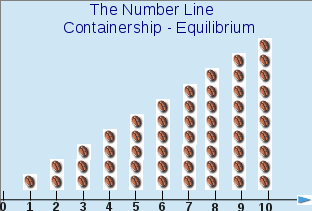 On the number line are numerous groups: even numbers, odd numbers, prime numbers, etc. There are infinitely many ways these numbers interact.