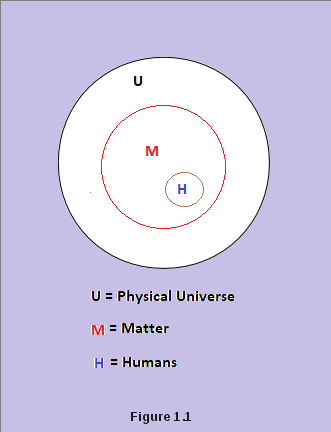 God expresses His Infinite Intelligence broadly and simply through the mathematics of addition and subtraction. This simplicity is implied in figure 1.1. Once the containership of Space is established, the events that occur in space are simply additive or subtractive events within the framework of Pj Problems.