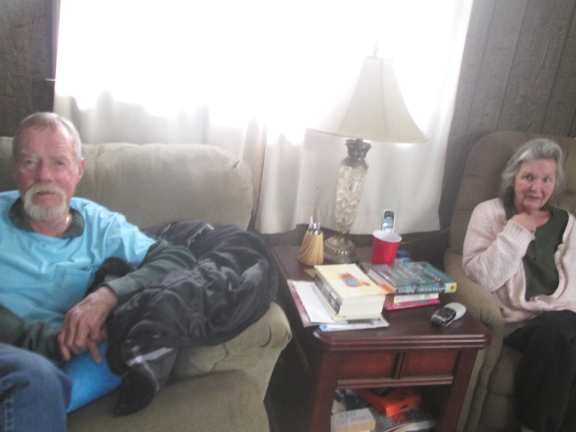 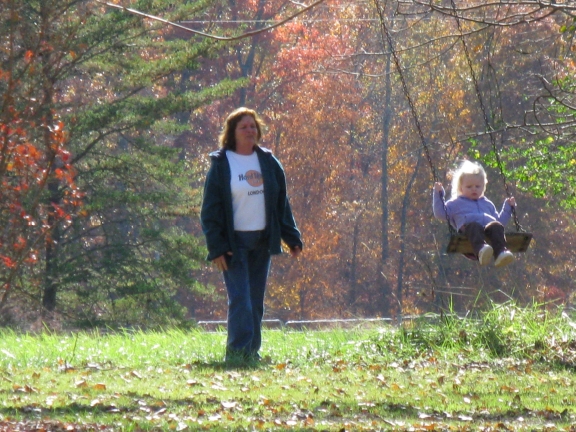 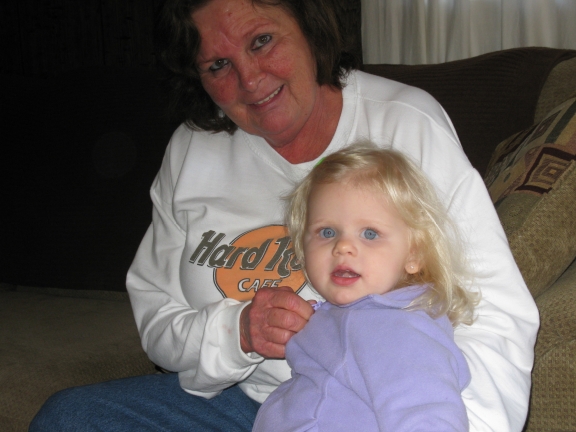 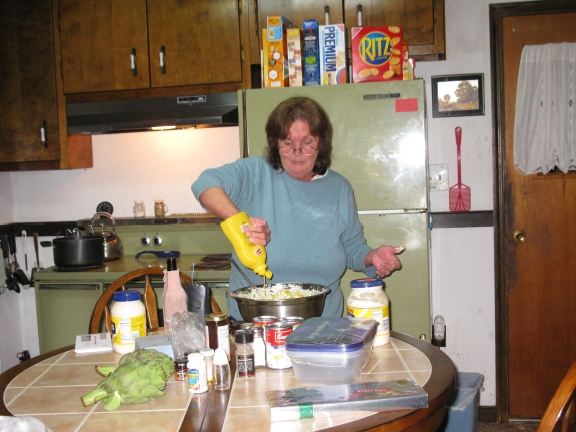 Jane was the wife of my brother-in-law, Robert Benart, mother of Rodger and Samantha, grandmother to several grandchildren and sister to several siblings of the Bryan family. I first met Jane at the wedding ceremony of Kimmy and me. My first impression of her was that she was pretty, polite, quiet and casually dressed which I interpreted as being unassuming. Over the years, I got to know her well as a result of our visits. Consequently, I was able to undoubtedly add to the set of traits I observed at our first meeting.

In addition to being pretty, polite, quiet and unassuming, Jane was a loving person, a hard worker, an intelligent and well-spoken person with clean diction, a courageous person, etc. Many times I witnessed her devotion to her family, particularly her children and grandchildren. There was always an open line to her daughter Samantha. There were times we joked when the phone rang, after she had just returned from work, that "Samantha is calling". Often we were right. That was how available she was to her children. Several times I witnessed her devotion to her grandchildren when she played with them, bought them gifts and chatted with them.

Jane was intelligent and well-spoken. Honestly, I was surprised by her clean diction and love of reading. Many times she sat at her corner in the living room reading various books that were of interest to her. Sometimes when the weather permitted, she sat at the patio in the backyard reading. Jane was a hardworker. For many years she worked in the hospitality business committedly. Even when workplace politics was a concern to her at some time, she remained committed to her work until her health failed.

Jane was very nice to my daughter Seyi when she saw her for the first time. Seyi was three going on four, we brought her to America for a cross country drive from Virginia to California across fourteen states. Kimmy, Seyi and I had travelled from Nigeria. Virginia was our first stop. Jane played with her, gave her toys to play with and in later years when Seyi visited as a pupil in America, she continued her niceness to her. In fact, It was Jane who introduced Seyi to the best roasted hotdog joint in Dilwyn, Virginia.

There are other good memories of Jane such as when she cooked interesting meals for all to dig in; the times we talked on the phones especially when we first heard of her illness and subsequent phone calls. We saw Jane for the last time in November 2019. She had been in treatment for several years, however she faced her situation courageously. At that visit, I remembered our conversation during an earlier visit when we played my composition "The Time In Between". At the time, she had not fallen ill. Robby, Jane, Kimmy and I were there. At the conclusion of the song, she said "that's me". What she was referring to was the last verse of the song:

"What stories will your time tell
What memories will it leave in your world
Never mind how grand or minor are your accomplishments
Just mind that you leave us fond memories".

Jane left us fond memories. We are glad to have known her. May her tranquil spirit in the bosom of her creator comfort all her loved ones always.

I first met Auntie Jane when I was turning four years old and we came to the US from Africa to visit. She liked my Nigerian accent, though I lost it after I was in kindergarten in Florida for a year.

Auntie Jane was a great step aunt to me. I liked having a ‘sit down’ with her and talking about life. Sometimes we watched for deer or other animals in the fields. When I would learn we were going to Virginia again to visit Uncle Robby and Auntie Jane, I always looked forward to seeing them. I was disappointed that we couldn’t visit during COVID.

I remember a tradition Auntie Jane started when she took me to the little country store to get some food. When we got there, she ordered grilled hot dogs for us and we topped them with ketchup and lots of onions. The funny thing was that until then, I didn’t like hot dogs. Not at school and not at home. But after that, I liked hot dogs. Those were the best hot dogs ever!

Auntie Jane was very kind to me. She let me play with her granddaughters’ toys in the house. If we visited near my birthday or Christmas, she and Uncle Robby always gave me a nice gift. Auntie Jane was the first person to give me children’s nail polish, and I felt so grown up putting it on.

I was sad when I learned that Auntie Jane was sick. Daddy and Mommy Kimmy didn’t tell me for a while as I was little. I kept hoping she would get better. I’m glad she doesn’t suffer anymore, but I miss Auntie Jane. I hope she knows that we remember her

I first met Jane in 1988. I was visiting my parents and they said that Robby was bringing a new girlfriend over. From the beginning, I was very impressed by Jane. She had a natural sense of decorum and a down-to-earth attitude. She was “real.” and she loved her children Rod and Samantha.

Jane was always pleasant and gracious to me, and I enjoyed watching her kids sprout up and begin their own life journeys. My parents both came to hold Jane in high regard and affection.

My interest in my roots began my geneology research that put together our family tree. I learnt about things I only wished I thought to ask my grandparents when they were alive.

Jane let me carry out a brief geneology research about our family roots. I found very quickly that Jane had colonial roots with up to 80,000 cousins. Her ancestors are part of what Ancestry classifies as the Lower Midwest and Virginia Settlers migration (1700-1950) and the Southern Appalachia Settlers/Great Smokey Mountain Settlers migration (1700- 1975). And when you read the last names of her ancestors as best as I was able to find them in the short time I worked on it, they’re all familiar. I joked with Jane once that she was probably a cousin to half the people in Virginia and Tennessee if she went back far enough, and some of her family tree lines already go back to the 1600s.

I came to spend the most time with Jane after we moved to Africa. It was customary for me to visit the U.S. a couple times a year. I stayed with Robby and Jane for several weeks during such visits. Jane was patient with my small-scale farming efforts, whether it was bulb flowers, garlic, rosemary, rhubarb, or gourds. I had so much fun with it for the short time I was able to work at it, and Jane kindly lent me some of Rod’s time in the garden while Robby, Tay, and Rod built my little greenhouse and Robby did all the expert tractor work for me. One of the nicest parts about the whole experience was seeing more of Jane. She was busy with work, and kindly brought me some stewed tomatoes from Michie Tavern as a treat now and then. When home, she was often on the phone with family or friends, or enjoying some quiet time with a book. But we still had a few moments for chat.

Later, when I began writing my books, she encouraged me. We were both book lovers and avid readers. I saw Jane as a ‘work of fine art’ just as a good book or a brightly-colored painting might be, and I think of her often.

Photos by Kimmy and Peter.