My Brother Adeyemi As My Teacher
Anyone who knew brother Adeyemi knows that there was always a bouncy ethusiasm about him particularly in matters he found interesting. This ethusiasm was very vivid when we were boys growing up in our mother's compound. He was very enthusiastic about Christ School Ado-Ekiti, the secondary school he attended. Many of the stories he told me were stories about his student days there: stories about his adventures as a scout (scout camp fires, jamboree, rope tying etc); sport stories escpecially hockey; social and academic stories. These stories, from my perspective as an elementary school student, often contained new knowledge. 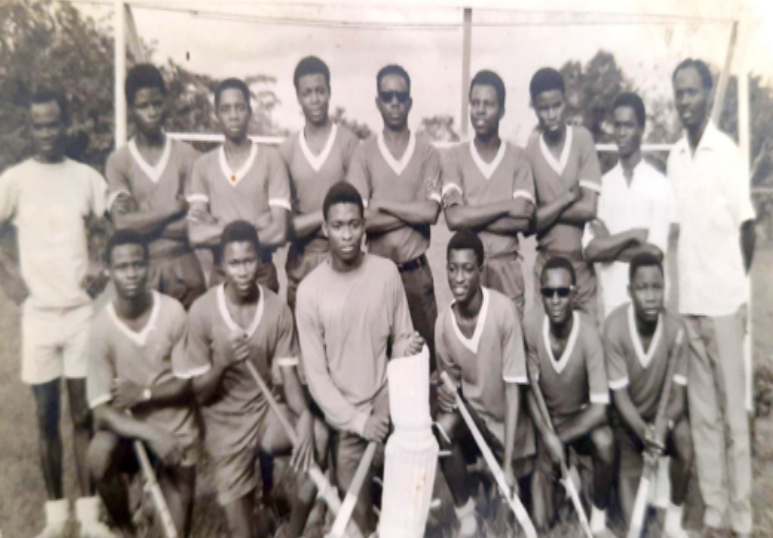 I had not heard about the hockey sport prior to his stories (he is the goalkeeper in the middle). The sports the kids in Sapele were familiar with were: soccer, track and field, and netball (basket ball played only by females then). I remember us laughing when I told him that when one carries hockey sticks in Sapele, it is fight time. Today, Whenever I see hockey games, I remember my brother Adeyemi and when I first heard his hockey stories.

One of the skills he was very eager to teach me was signature signing. He would practice his signature in the sand and urge me to formulate a signature and practice with him. I did formulate one and often, we practiced our signatures in the sand. One day, when Chief Sam Palmer (a family friend) visited, my brother Adeyemi told our mother that we would like to present our signatures. Our mother said ok. We presented our signatures and they were surprised and impressed. Chief Palmer then said jokingly, "beautiful signatures but they need status, so work on that. We all laughed. I have signed my signatures in various places in four continents and continue to do so. Whenever I sign my signature, I remember my brother Adeyemi and when I first practiced my signature with him in the sand in our mother's compound in Sapele.

It was also my brother Adeyemi that introduced me to the game of chess. By this time, I was a first year secondary school student at Edo College and he had obtained his Higher School Certificate (HSC) from Christ School Ado-Ekiti and was teaching in a secondary school in Sapele. I was home for the holidays and watching a chess game between him and his friend and fellow teacher. After a couple games, my brother asked me to sit and he introduced me to the chess pieces and their respective moves. I became a life long chess enthusiast and hobbyist. I play chess less frequently now, however, the fundamentals he taught me have remained with me. Whenever, I do play or observe chess players, I remember my brother Adeyemi and when he first introduced me to chess.

My Brother Adeyemi As A Fun Brother
Our mother Princess Margaret Oritseseyigbemi Simate was a very independent and sophisticated socialite. It was in her home I met for the first time many of the important personalities of her time: Chief Festus Okotie-Eboh when he was manager of Bata company in Sapele, he later became Nigeria's first minister of finance; Chief Jereton Mariere who later became the first governor of the former Mid-Western region and first Chancellor of the University of Lagos; the great educator Hon. Andrew A. E. Sagay (interestingly, it was my mother who first introduced my uncle to me not my father); Chief Rewane and Chief Begho and his brother Justice Begho; Justice Senator Atake; Prince K. B. Omatseye; Prince Barrister Etuwewe; Prince Ekwejunor Etchie; Chief Sam Palmer; and several others. Above all her community status, she loved her children.

Our mother was from the old school with respect to cooking. She believed that the women of the family are responsible for cooking the food for the family. She trained her daughters accordingly and she was a great example and a great cook. This mind-set allowed the boys to be boys: writing and drawing in the sand, running around in the compound and being engaged in various frivolous plays.

The classic fun memories were centered around food and girls. My brother Adeyemi was the one who coined the phrase ko ma waste in our home. This is a Yoruba phrase that means let it not waste. The boys always finished their food. Many times our mother did not. My brother always ensured that the unfinished food was finished. He would preface the start of the process with ko ma waste with a broad laugh. At which time, everyone present would laugh. This was particularly so when the food was a favorite (e.g owo, fresh fish, fried chicken and meat, etc). Fun memories about girls are many. He would send me to go inform the girl that my brother wants to talk with her. I was often successful in accessing the girls because most of the girls he liked were from families I knew very well. After my job was done, I would skip away until they ended their conversations. 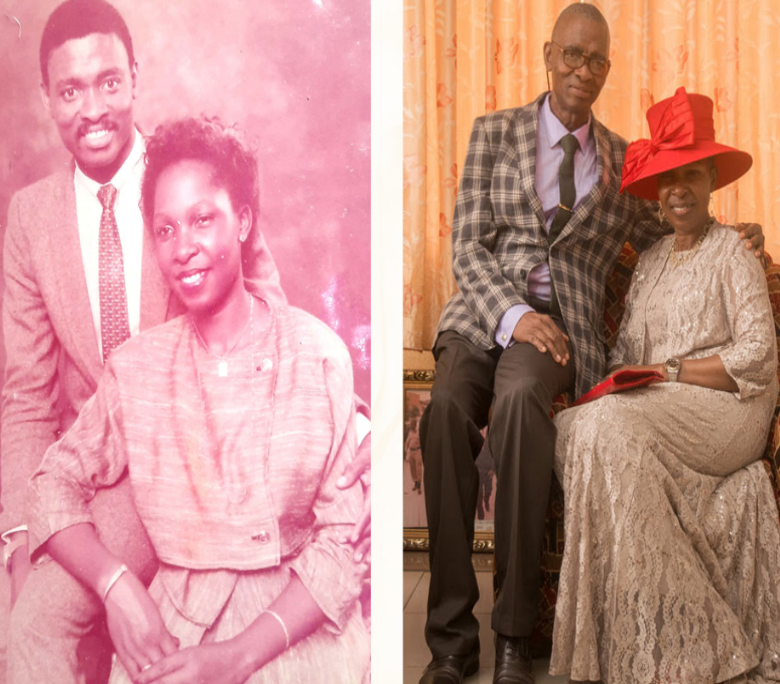 My brother Adeyemi loved music. I attended several University of Ibadan music festivals with him while he was a student there. He withdrew from the playing field when he met sister Sade, the woman who became his wife, friend and soul mate. I remember the day he first introduced sister Sade to me in Bodija, Ibadan. He was in his first employment as a banker after graduating as an economist from the University of Ibadan. I was a student at the University of Benin visiting. We were leaning against the rail of the balcony of his apartment when he said "you will meet my future wife this evening" (brother Kunle and several of his university friends were in the apartment that evening). "Oyeah, that means is not..."?, I replied. I was refering to his steady girlfriend he had introduced to me while in his final year at the University. "No, not her. This is super you'll see". Later than night we did agree that sister Sade is a super catch.

My Brother Adeyemi As An Advisor
All through my adolescence, my brother Adeyemi never shied away from advising me whenever he thought it was necessary. He was very skillful in his approach and delivery of his advice. He was always calm. So skillful that my hot temperament (a trait inherited from my mother and father) for which I was known within and outside the family never surfaced in all the years we interacted as brothers. So, when our mother thought a discussion might set me off, she would send my brother Adeyemi to conduct the discussion. He was mostly successful in getting through to me. When he was unsuccessful, He would let it be without malice. 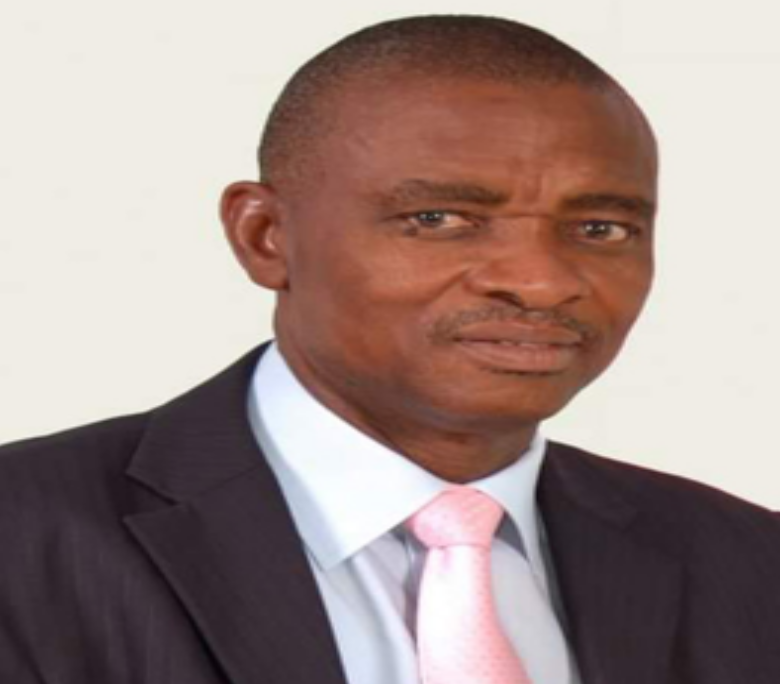 I remember when one holiday after my third year as a secondary school student at Edo College, I arrived home with my hair chemically processed and blown out (I had a lot of hair then). My brother was a teacher in a secondary school in town at that time. After I hugged and greeted my mother and brother, I observed that my mother was disgusted with my hair style (she profoundly hated greasy hair) as she quietly made some negative remarks about my hair. She wanted to say more but she did not. Later that evening, my brother came to me and embedded a discussion about my hair within other interesting discussions. By bedtime we had agreed that I would be going to the barber the next morning to have a hair cut. I did. So, ended the coolness my friends and I had envisioned when we invested money and time in chemically processing our hair.

He advised me frequently about the value of education and the importance of study. He balanced play and study/work. I played all the time. It was not until my later years that the advice truly sank in. He helped prepared me for secondary school through his stories about his time at Christ School Ado-Ekiti and campaigned that I attend his Alma Mater. However, our mother wanted me to attend Edo College. He advised frequently on cultism (on both home grown and foreign cults). He was particularly concerned when I infiormed him in my freshman year at the University of Benin that I was a member of the Pyrate Confraternity. However, I was able to dispel the general misconceptions about the confraternity. The confraternity I knew then as an insider was in essence a postive and innocuous organization despite its secret and odd meeting hours, strange initiation rites and its insignia of the skull and cross bones.

All aspects of my boyhood memory of my brother Adeyemi converged for three days when he visited me in the United States in the early eighties. We had real men fun and discussions. That was our last physical contact for many years as my life's journey in my wilderness reduced our contact to sporadic communications. We all met again when we assembled to bury our mother in December, 1995. It was not until June, 2019 that we met again when we assembled in Lagos for our sister Modupe's burial. As we sat in grief on the pew and the choir procession passed our pew, he whispered softly to me, "does that bring back memories"? "yes", I responded in a whisper. My brother was referring to my boyhood years when I was an altar boy and the cross bearer in the procession at St Lukes Anglican Church in Sapele. I visited my brother Adeyemi and his wife sister Sade at their daughter's residence in Lagos after the burial. We reminisced and talked about family matters. Thereafter, I travelled to our mother's compound in Sapele. We met for the last time at our mother's compound in Sapele in early July, 2019 when he visited with my brother in law, brother Uche (the husband of our mother's first daughter, sister Joan). He looked good and healthy and I never imagined that in less than two years thereafter, we would be mourning his passing. Never imagined that it was the last goodbye on the ground we first met. To God be all the Glory. The Lord Giveth and the Lord Taketh.

My Brother Adeyemi As Pastor
My brother's formal pastoral journey was not well known to me. I remember that sometime in the early nineties he preached to me about being born again in one of his letters to me. I believe that he left me alone on that topic because it was a topic I was not very interested in. Nonetheless, I am not surprised that he became a pastor after his retirement as a successful banker. All his life he had been a pastor without the formal ordination. He was conflict averse, kind, caring and a believer in God right from boyhood. 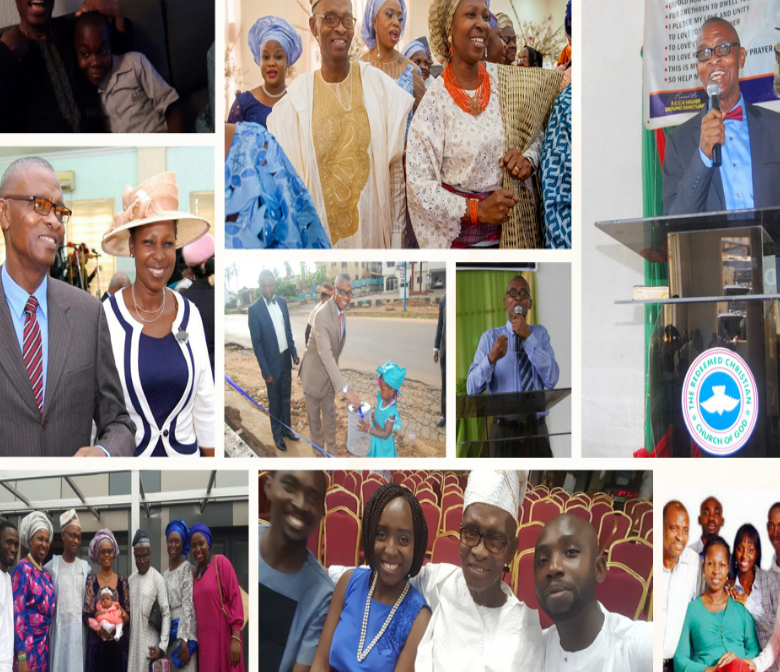 My brother Adeyemi as a pastor, focused on the fundamentals of Christianity:
Love your neighbor as yourself
Love God with all your heart
Do unto others as you would want others to do unto you.
He helped many materially, intellectually and spiritually without expectation of earthly rewards. He fought the good fight and won. He now rests in perfect peace with the Lord for whom he had been a quiet non violent Christian soldier here on earth.

There is a time to be born and a time to die. What about the time in between? The time in between of my brother Adeyemi was full of small and big good deeds. Intangible and everlasting legacy that will continue to be reflected in his family and all he touched during his productive life here on earth.

Good night my brother. Until we meet again.

With Love from Florida USA. Peter Oye Sagay and family.