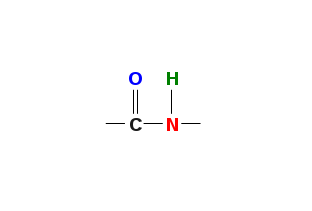 COHN is an acronym for Carbon, Oxygen, Hydrogen, and Nitrogen. These four elements together constitute 96.6% of the total human body mass. Nature's use of the COHN elements as the primary building blocks for the creation of the human body is an engineering marvel. However, despite the complexity of the human body, the fundamental concepts used to build it are simple and are embodied in the general concepts of availability, adaptability and durability (AAD).

(a) Hydrogen (one of the first three elements created) is the most abundant element in the universe (about 88% of the atoms in the Universe). It constitutes 11% of the weight of water which makes up about 65% of the humsn body mass. Hydrogen is also abundant in human foods (proteins, caborhydrates, fats) and in vitamins. About 9.4% of whole human blood (which is about 85% water) is hydrogen. Human bone is about 5.2% hydrogen and human tissue is about 9.3% hydrogen.

(c) Nitrogen is the most abundant element in air. It is an important constituents of proteins. About 3.4% of human blood is nitrogen. Human bone is about 4.3% nitrogen and human tissue is about 7.2% nitrogen.

(d) Carbon is the fifteenth most abundant element. Carbon occurs naturally as coal, graphite and diamond. It is abundant in the Earth's crust in its oxidized states, primarily as carbonate (limestone, dolomite and marble) and as reduced carbon in fossil deposits where it is present mainly as hydrocarbons. It is present in oceans as dissolved carbonate and in the atmosphere as carbon dioxide. Carbon is abundant in human foods (proteins, caborhydrates, fats). The amount of carbon in the blood varies by the minute. Human bone is about 0.8% carbon and human tissue (dry matter) is about 67% carbon.

The cell is the fundamental unit of most living organisms. Humans are multicellular organisms. In other words, they are eucaryotes and their cells are eucaryotic. Single-celled organisms like bacteria are procaryotes and their cells are procaryotic. The extent to which a human cell is able to adapt is dependent on the genetic information in the cell. This information is encoded as genes (loci or regions) in the molecules of DNA (DeoxyriboNucleic Acid) which are contained in the nucleus of the cell as super coiled structures called chromosomes. There are 46 chromosomes in the human cell (23 from the male sperm and 23 from the female egg). Each chromosome consists of two very long DNA molecules twisted together to form a double helix shape.

DNA (DeoxyriboNucleic Acid) and RNA (ribonucleic acid) are two very important nucleic acids in the human cell. Nucleic acids are polymers (long chain of molecules) made up of nucleotides. A nucleotide consists of either a deoxyribose (a sugar) or a ribose (also a sugar) to which a phosphate compound and a nitrogen-containing base are attached. When the nucleic acid contains deoxyribose, it is called DNA (deoxyribonucleic acid). When the nucleic acid contains ribose it is called RNA (ribonucleic acid). Nucleic acids (except for the phosphorus in the phosphate group) are dominantly made up of the COHN elements. The bases Adenine (A), Thymine (T), cytosine (C), Guanine (G) and Uracil (U which replaces Thymine in RNA) are key players in the transcription and translation processes of the biosynthesis of proteins. These bases and the amino acids that constitute the proteins (which in some form constitute most of body tissue) they help synthesize are dominantly made up of the COHN elements.

The ability of carbon to form strong stable bonds to itself is at the heart of its importance among the COHN elements. This bility allows long chains and rings of atoms to be formed as structural basis for the many compounds that comprise the human cell.

The multiple hydrogen bonds formed between complimentary bases: adenine and thymine (AT) which form two hydrogen bonds; guanine and cytosine (GC) which form three hydrogen bonds, result in strong attractive forces that bind the two DNA polymers that constitute the double helix. The flexibility of these attractive forces enables the unraveling of the DNA double helix during cell division so that DNA replication can occur and daughter cells are able to each have a double helix DNA. Consequently, genetic information is perpetuated from one generation to the next.

Humans use the AAD (Availability, Adaptability, Durability) concept daily either knowingly or unknowingly in their various creative endeavours.